Ammonia spikes can occur quickly and kill your fish. These spikes have many different root causes, but the simple explanation for this is that your biological filtration cannot handle the amount of ammonia in your aquarium system. 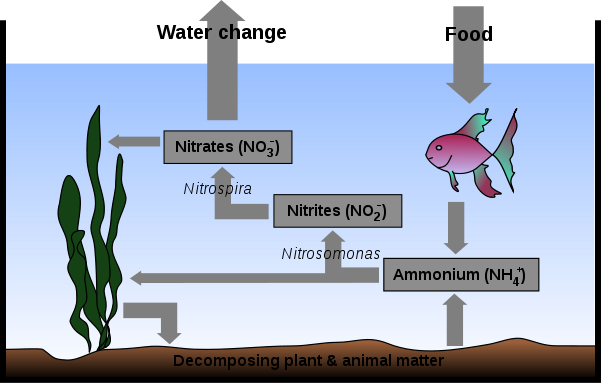 Why Does The Water Always Test So High For Ammonia?

Your water should always test for zero ammonia once your aquarium has been cycled and established. This first deadly chemical in the Nitrogen Cycle can indicate several problems in your aquarium that you must address. Catching serious aquarium problems in the Ammonia Spike stage can reduce the chance of having further issues later on down the road.

Cause: Biological Filtration Bacteria Cannot Handle the Amount of Ammonia in Your Aquarium

If your tank sustains an ammonia spike soon after you have filled it, then you may still be in the cycle process. But, if you have an established aquarium, this spike can be caused by a bacteria die off in your biological filtration, an excess bio-load of fish, an abundance of living or dead algae, to much time between maintenance and water changes, or over feeding.

Ammonia levels should be returned to zero when your aquarium is healthy again. At 1 ppm (parts per million) ammonia begins to be toxic to fish and can cause a host of diseases. It may take several days to sort this issue out and don't be surprised if it is quickly followed by a Nitrite Spike.